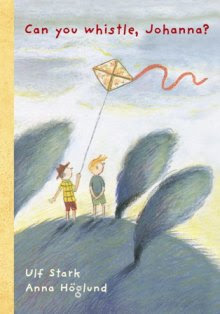 Ulf Stark is Sweden’s Margaret Mahy, an award-winning children’s writer, whose work is now being published in English by Wellington’s Gecko Press. Stark’s stories, developed from his own boyhood experiences, appeal to young males in the difficult 8 to 12 age group.

In Can you whistle, Johanna? young Berra, feels the lack of a grandfather so he and Ulf go into a nursing home and select Ned. Berra’s original motive was just a steady supply of cakes, but he develops a bond with Ned and soon the unlikely pair are making kites and climbing a cherry tree. Although Ned has dropped hints, Berra is surprised when he suddenly dies but then Berra puts what Ned has taught him into practice in a moving conclusion. This cheerfully unsentimental tale gives young readers a chance to consider such important issues as old age and death from an unexpected and amusing perspective.

An equally unusual friendship develops in My friend Percy’s magical gym shoes. While Ulf is small, chubby and prone to being bullied, Percy is the ‘unsuitable friend’ that all mothers 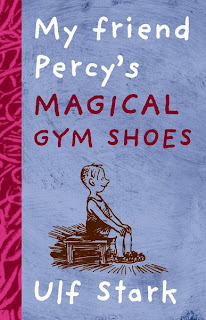 dread. Shrewd Percy persuades naïve Ulf that his worn-out gym shoes (which look and smell like moldy blue cheeses) carry magic powers. Once Ulf has exchanged most of his toys for the magic footwear, he becomes confident enough to perform feats of daring but, with Percy’s help, he is also turning into a hooligan.

Both books are fun to read because Ulf’s innocent narration allows the reader to know more of what is going on than Ulf does. Two more Percy adventures are on the way; in Sweden they’ve already been filmed.

First published in The Press, Christchurch, New Zealand on February 18th 2006
Posted by Trevor Agnew at 17:41