Anzac Animals & The Treaty of Waitangi in Tauranga 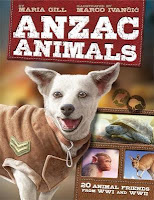 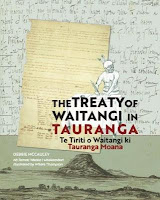 
Two excellent non-fiction books for young readers have just been published, and should be on your shopping list for junior readers.


Anzac Animals is the most eye-catching of the two books. Maria Gill and illustrator Marco Ivancic have used the same clear, well-organised format as their award-winning Anzac Heroes, but here they are celebrating creatures rather than people.  The Anzac Animals of the titles are creatures which played a significant role in the wartime experiences of Australians and New Zealanders.


Some were beasts of burden like mules, donkeys and Beet Algar’s camel, which “smelled, spat and was often stubborn.” Some, such as the pigeons, carried messages. Others were mascots, like the many kangaroos taken to Europe and Africa. Dogs were common; the Maori Battalion had at least three. It will be the horses who will be the favourites. Maria Gill has selected Bess, who is immortalised in both the Troopers Memorial in Canberra and the Wellington cenotaph, and Bill, the waler who was buried at Gallipoli. Their lives and experiences are both fascinating.


I was surprised at the enormous range of creatures involved and also by the fact that so many of them survived the war. Marine Stupid, a highly intelligent macaque, served on two Australian warships, was at the surrender ceremony in Tokyo and retired comfortably to the Melbourne Zoo, where she had a baby in 1949. The longest lived is, of course, Torty, a Greek tortoise rescued by a New Zealand medical orderly in 1916, and still alive.


The text also sorts out the tangled history of Murphy the Gallipoli donkey, always a tricky matter but well handled here.


As well as the entertaining and lively biographies of the twenty selected animals, Maria Gill has also provided a brief overview of both world wars, along with accounts of veterinary services, and animal welfare concerns. A time line, glossary bibliography and maps are included.


Marco Ivancic’s colour illustrations are realistic and attractive without being sentimental.


For young people who like going around quoting interesting bits from books, Anzac Animals has the story of Charles Upham sleeping on the floor because Mrs Rommel and her kittens were in his bed. Mrs Rommel was a cat.

Debbie McCauley’s first book, Motiti Blue and the Oil Spill (2014), took a local disaster (the wreck of the Rena on Astrolabe Reef) and used the resulting disaster and clean-up as a microcosm of international pollution and conservation issues. It was a brilliant example of a locally-produced, self-published book gaining national recognition.


Now she has repeated the process in The Treaty of Waitangi in Tauranga, by looking at New Zealand’s Maori-Pakeha relations by concentrating on exactly how the treaty of Waitangi has affected the Tauranga region.


It is not easy to pack two centuries of history into 48 pages, especially when they include events like Gate pa, but Debbie McCauley has done well. Not only has she written a simple bi-lingual narrative history (Maori translation by Tamati Waaka) but she has also provided a rich historical context with time-lines, fact-boxes, diary entries and brief biographies that bring history to life.
I like the way that we meet individuals and see how their attitudes were formed, so that the complexities of tribal allegiances, warfare and land negotiations become more comprehensible. Issues are carried right up to the present day.
A lot of information has been packed into this book, so some sections are in such small type that I had to use a magnifying glass. Younger, sharper eyes should be able to cope.


The book cries out for a clear map to show the relationship of the various pa sites, landscape features and settlements mentioned. The three maps provided are rather limited. Fortunately two of the first suggestions on the “Treaty Activities” page involve map drawing.


The index is excellent, and Whare Thompson’s pencil drawings add life to the pages.
It is important to point out that this interesting book will not only be useful in the Tauranga area but will also be a superb exemplar for students of our history in all parts of Aotearoa New Zealand. My hope is that it will inspire young historians to start researching the finer details of what happened in their own region. This book has a great future. 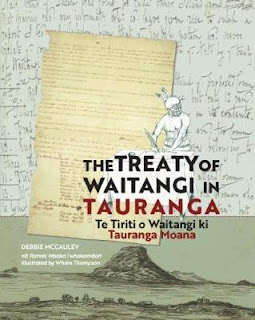 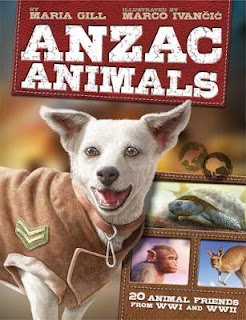