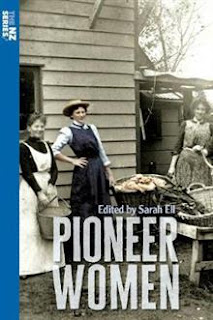 Ell (who was 80 in April) and his daughter Sarah Ell. Generations of school children have benefited from the Ell enthusiasm for writing about our country’s history, wildlife, geography and mythology. Now Auckland
publishers Oratia have tapped the Ells’ collective wisdom to produce a new series of ‘snappily-designed and fact-packed’ non-fiction books, the NZ series.


Volcanoes and Earthquakes is a topical volume, drawing much of its earthquake material from recent events around Christchurch and Kaikoura, while most of the volcanic examples are drawn from the North Island. Yet, the Ells make it clear that volcanic activity has helped shape the landscape of most of New Zealand and warn that ‘most New Zealanders will experience at least one earthquake in their lifetime.’
The Volcanoes section of the book begins with a clear explanation of New Zealand’s place on the Pacific ‘Ring of Fire,’ and explains the consequences of the plate movements for us. A series of succinct essays guides the reader through volcanic eruptions, geysers, mud pools, and thermal springs, and the ways that they form part of our everyday life from thermal power generation to tourist attraction.  It’s not just Rotorua, Tarawera, Taupo and White Island that rate a mention either.  Young readers are warned that Auckland’s fifty volcanoes are part of a ‘sleeping’ volcanic field and could erupt again. There’s a vivid account of the 1886 Tarawera eruption 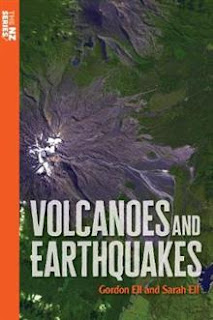 to give a hint of what might then happen.


The Earthquake section of Volcanoes and Earthquakes begins in a restrained way with fault lines and earthquake measurements, liquefaction and tsunamis, before providing a summary of the impact of recent earthquakes on the inhabitants of the ‘shaky isles’. The Napier, Canterbury and Kaikoura quakes are case-studies covered in more detail.


The prose is clear and nicely aimed at the intermediate and junior high school classes who will be using these books. There are well-organised fact files interspersed through the pages but the most appealing feature is the range of handsome colour illustrations, maps  and diagrams. Many of the photos are satellite images, chosen for the insight they give into the movements of the earth.


A list for further reading and a guide to websites is followed by a useful index.


Pioneer Women, edited by Sarah Ell, is adapted from two of her 1990s collections of the diaries and memoirs of early European women settlers in New Zealand (The Adventures of Pioneer Women in NZ and The Lives of Pioneer Women in NZ). It is good to have these first-person accounts again easily available. Sarah Ell has dug deep into the letters and diaries in the Alexander Turnbull Library to ensure that we hear some 19th Century women telling their own stories in their own voices.


Eighteen women describe their experiences, beginning with the voyage out, where Charlotte Godley’s quiet cabin passage is a striking contrast to Jane Findlayson’s experiences as one of 28 young single women travelling on a ship with a measles epidemic, a rat infestation and an insane woman on board. ‘We were sorry to hear of another child’s death with measles, we went to the funeral service at 6 o’clock, the mother was pretty brave considering.’


Quiet bravery is on display in many of the other accounts, whether it is Elizabeth Holman being wrapped in a blanket ‘baby and all’ and bundled into a canoe by a friendly Maori chief, as part of a rescue, or the widowed Lizzie Heath, planning to support her three children by opening a store.
‘I shall first begin by making and selling ready made clothes to the natives.’


Perhaps the most interesting passages are the women describing their daily routines, with Alicia Chitty describing the process of making her own butter and Ellen Wilson, the seamstress and union leader revealing the bleak working conditions before the Tailoresses Union was formed. ‘The long hours affected my health.’


A good set of illustrations are provided, many of them (such as butter-pats and a camp oven) selected to explain references in the text. An Index is included.


These two books are attractively presented, easy to handle and well suited for their intended readership. Each makes their topic accessible. Oratia plan to issue two volumes per year of the NZ Series, so we can look forward to another double helping in 2020.