Betty was born in London in 1923. She and her husband, Alan Gilderdale, immigrated to New Zealand with their young family, in 1967, and she became a lecturer at the North Shore Teachers’ College. Her passionate interest in books for young readers meant that before long Betty Gilderdale was widely recognised as a reviewer, defender, commentator and historian of New Zealand children’s literature. She also became a skilful and witty picture book writer. 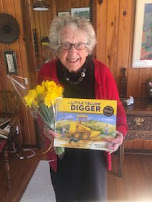 Using her expertise in children’s literature, she did much to establish the importance of New Zealand writers and their work. Her enthusiasm for locally-produced stories and picture books inspired generations of teachers, librarians and parents. Her painstaking research work resulted in her ground-breaking history A Sea Change: 145 Years of New Zealand Junior Fiction (1982). For this remarkable book, Betty Gilderdale set herself the task of reading and analysing every New Zealand-linked children’s book published between 1833 and 1978. She succeeded in this mammoth task, producing a well-ordered and readable survey, along with an invaluable bibliography. Her judgements were clear and well balanced; insightful but firm. ‘Few of the early books were literary masterpieces,’ she noted.

Under the Rainbow (1990) was her collection of extracts from books read by New Zealand children in the 19th and 20th Century. Betty Gilderdale was able to use her deep knowledge of children’s literature to provide a wide range of exciting and dramatic extracts, often with contemporary illustrations, as well as a good selection of poems. 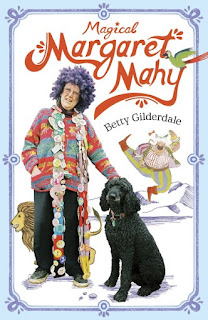 Introducing Margaret Mahy (1987) revised and updated as Magical Margaret Mahy (2013) was a lively account of Mahy’s life and work. While it was aimed at students who were researching Mahy’s life, this book’s appeal was universal. Every aspect of Mahy’s life was illustrated by quotations from her stories. Thus a school visit, childhood memories, unsympathetic teachers and the building of her house were all used as springboards to the various facets of the Mahy imagination. Betty Gilderdale’s carefully simplified writing style created a splendidly accessible celebration of one of the world’s great writers for young people.

Betty Gilderdale also wrote a biography of Lady Barker and published her own autobiography My Life in two Halves in 2012. Her advice to young writers was succinct, ‘Keep reading. Keep writing. Turn off the telly!’

Elizabeth’s husband, the late Alan Gilderdale, often provided the splendid artwork which accompanied her words, including the immortal picture book, The Little Yellow Digger (1992) which, with its various sequels, has sold over half a million copies. The ubiquitous little digger has been to school, visited the zoo, dug up dinosaur bones and saved a whale. With the assistance of son Peter and artist Fifi Colston, the digger lives on into the 21st Century, and has introduced the alphabet and even saved Christmas.

In 2003 the Gaelyn Gordon Award for a Much-Beloved Book went to The Little Yellow Digger. The book had just completed its first decade in print. ‘The Little Yellow Digger has proved to be one of those satisfying books that a child wants to read over and over again,’ said Wayne Mills, chair of the Children’s Literature Association (now Storylines) as he presented the award to Betty and Alan.

In 1994 Betty Gilderdale won the Margaret Mahy Medal and Lecture Award. Ten years later she became a Member of the New Zealand Order of Merit ‘for services to children’s literature.’

It is hard to imagine a person who has made such a major contribution to every aspect of children’s literature in New Zealand.